Gender Inequality – Are You Treating Your Team Members Differently?

Despite all talk of equality in the 21st century, you don’t have to cast around very far to see gender bias still at work across many companies.

A recent Forbes article stated that our unconscious biases are significantly holding women back - Harvard’s global online research study of over 200,000 participants showed that 76% of people are gender-biased, believing men are better suited for careers and women are better suited as homemakers.

Take a minute to look around your workplace. How many top-level managers and C-Suite directors are female?

If the answer is most of them – you’re definitely in the minority!

It’s a fact that across big Pharma, IT and Life Science industries, men still hold the higher paid, higher responsibility level jobs across business, with women still trying to break that glass ceiling. I still see women underrepresented in C–Suite, and some still getting paid less for similar work and even getting left behind when it comes to promotion

Despite being excellent jugglers – balancing careers, raising children, providing food and comfort as well as finding time to socialise, exercise and (maybe) even relaxation – women are still not treated with the value they deserve in the workplace.

Is Gender Inequality Due to Behaviour Patterns?

I recently read an interesting Harvard Business Review survey that sparked this whole article idea. The survey aimed to establish if gender inequality was due to behaviour, or if something else was afoot.

Over four months, HBR monitored hundreds of employees in one office with a view to confirming whether the women had different behaviours to the men. So, for example, less face to face time with their manager, fewer opportunities to engage with senior staff and less access to mentors.

Are you guilty of treating team members differently based on their gender?

Many women opt to take time out of their career or need flexible working patterns to juggle their external family commitments.  Unfortunately, the pressures of the heavy workload that inevitably comes with senior roles make it more difficult for them to advance in their careers with these restrictions.

Additionally, women historically have taken lower paid and/or part–time roles to allow them to raise families.

The knock-on effect of these situations on their careers has become known as the ‘Motherhood Penalty’.

Many find it impossible to build a career path from a young age (employers are too worried they will leave to start a family) or are struggling to get back into work after having raised children (lack of up to date skills, etc.)

Perhaps the answer lies in companies adjusting their culture to support working parents better, so they don’t have to make that choice between family and career? 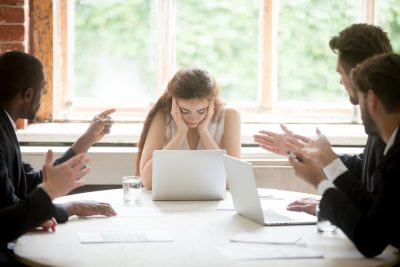 It’s also frequently implied that women don’t take risks, aren’t good at negotiation and are less confident than men, and this is why they need to be ‘managed’ differently.

‘Women make 41% of purchasing decisions, and women-owned businesses have a massive impact on our economy. Women control trillions of dollars of wealth and influence more than 85% of retail decisions. The US alone could add up to more than $4 trillion in annual GDP in 2025 if women attain full gender equality, according to The Power of Parity: Advancing Women’s Equality in the United States, MGI. Companies with greater gender diversity are 15% more likely to have financial returns above their national industry medians.’

Women are less likely to be promoted to managerial positions than their male counterparts, although studies consistently reveal that female leaders tend to be better than male leaders at every level on the corporate ladder.

This could be due to the fact that women tend not to be complacent – they are continually trying to do more and better to prove themselves. Constant pressure (real or imagined) to avoid making mistakes and continually prove their worth are cited as drivers for women leaders.

Ironic, isn’t it, that the very thing that makes them great leaders is the gender bias that hounds them?

Employers can redress the balance by developing positive plans to encourage and support women to apply for more senior roles. Reviewing flexible working policies and introducing working from home or alternative hours across all levels can also help with aspects of balancing childcare with enjoying a rewarding career. Reviewing paternity leave with more enticing benefits will also help redress the balance.

Additionally, creating workplace cultures that embrace flexibility and increase opportunities for all staff will give individuals greater choice and promote wellbeing at work.

Addressing Inequality in Your Team 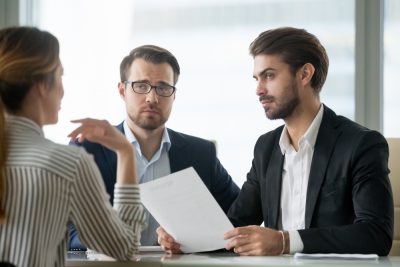 So, what can leaders do to focus on reducing bias and gender inequality in the workplace?

I would advise starting with the cold hard facts. To provide a tailored solution, it’s crucial that you ask the relevant questions for your own workplace.

Your team should be managed as individuals on a level playing field to allow them to achieve their best as individuals…not gender stereotypes.

The future of a great workplace is one that embraces individuality and responds to individual needs. Focusing on cultural and organisation changes will reduce gender inequality and create inclusive workplaces.  This will enable your team to show creativity and innovation, and help you retain valuable talent and enjoy increased market share.

Here’s your checklist for making it happen:

Christine Lagarde, Chairman of the International Monetary Fund, said, “When women are called to action in times of turbulence, it is often on account of their composure, sense of responsibility and great pragmatism in delicate situations.

“If Lehman Brothers had been ‘Lehman Sisters’, today’s economic crisis clearly would look quite different.”

Here at Zestfor, we now offer programmes to help you to optimise your leadership skills and personal development and get the best out of your team. If you would like to find out more, then send a quick email here.

Zestfor specialises in developing Training programmes and resources scientifically tailored for technical markets – including Pharmaceutical, IT, and Life Sciences.

Our blend of in-classroom, online, and virtual live-stream delivery methods will engage and assure even the most introverted team members from the first meeting – whether face-to-face or virtually. To have a brief chat, call us on 0845 548 0833. Alternatively, please email our team here.