6 Reasons Why Women Fail to Get Ahead in Business

Female representation in the corporate world’s top jobs hasn’t improved much. In fact, it’s hardly improved at all according to a recent report by McKinsey & Company, despite many companies signing up to promote gender equality.

In the (not so distant) past, it was difficult for women to climb the career ladder to the top spots. I can remember the days when sex discrimination in the workplace was rife. And worse, was considered acceptable.

These days we’re told we can do anything. It’s true that #girlpower and #thisgirlcan have done a lot to empower women, but that sense of inequality is still lurking in the world of work. Recent campaigns such as #Metoo point out the often subtle barriers that women face when trying to build their career.

According to an Independent newspaper report, four times more men than women hold the highest paid jobs in the UK. And it’s not just the senior paid positions – the gender pay gap is prevalent in average earnings too, with a median average of £5400 in 2018.

In Big Pharma, a recent study found the number of women in executive leadership positions had ‘dropped depressingly low’, and a report by the UK based Assured Pharmacy reports that of the current top 10 pharmaceutical companies, only one has a female CEO.

So why is it that women are still missing out on the top jobs? Let’s be clear – it’s not lack of ambition that stops women succeeding in business, it’s obstacles. 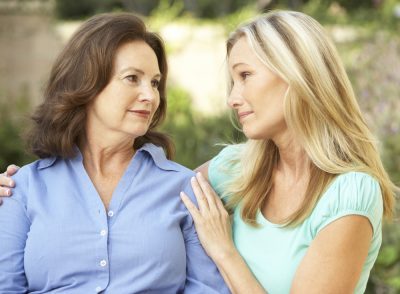 The first obstacle to overcome is centuries of social conditioning. From birth, women are socially conditioned not to be demanding. They are the carers, the nurturers of others; selfless and giving.

The demands of housework, childcare, and other daily chores still fall disproportionally on women. The lack of flexibility and more extended hours often required of higher paid jobs mean that women don’t feel able to compete for top–level positions.

Highly educated women often choose lower paid work. One reason for this could be that it offers more flexibility to fit in with other aspects of their life. Psychologically, it’s believed that mental positioning accounts for up to ten per cent of the gender pay gap – research concludes that women are more risk-averse than men and not willing to compete for higher paying jobs or negotiate salary.

The key to changing this is to have a better understanding of the nature/nurture role to clarify if this attribute is present at birth or is learnt behaviour.

Linked to social conditioning is pushiness. Or rather, a lack of it. Men are just so much better at getting their voices heard, pushing the barriers and achieving their goals.

To address this, it‘s important that a female employee who believes she is not receiving equal pay to her male counterparts for doing the same work, or similar, should not be afraid to take this up with the employer.

Employers must ensure all employees are treated fairly and equally and have the same opportunities to progress in the company. Clear guidance should be available to all staff to ensure that boundaries and expectations are understood and met. 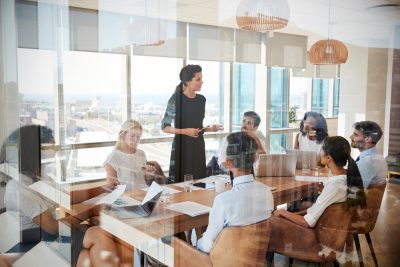 Many women feel undervalued in the workplace. With the gender pay gap still prevalent, women additionally face harassment and are often excluded from the ‘boys club’ mentality that sadly still pervades many companies.

And that stops many women achieving their potential at work. They don’t feel comfortable negotiating deals – be it flexitime, salary increase or perks of the job.

A company with forward-thinking leaders will want to engage with their female staff’s potential and will work towards building a  diverse and inclusive corporate culture that will engage all employees. Training in diversity and equality lifts individuals’ aspirations and connects them to the company, inspiring a sense of belonging and loyalty.

However, until senior leaders embrace improved corporate culture, as a woman striving to achieve access to the C-Suite, you need to face adversity head–on. Women tend to believe that if they do a good job, produce results and knuckle down; they will automatically get a promotion. Of course, it just isn’t like that. You have to chase it.

This one’s the biggie.

Women are still made to feel guilty about having a career. We’ve all heard the guilt-tripping comments; “But what about a family? “or “Do you think it’s fair on the children not being at home?” Those ‘Motherhood Penalties’ make many women feel discounted for having children or requesting maternity benefits.

With gender bias so prevalent the misconception is still held that a woman choosing to have children effectively destroys her career opportunities.

To be honest, these days it’s not always about choice. Many women have to work to make ends meet. They may be a single parent, juggling career and family. They may need to work to make the family income stretch far enough. Or they may feel that society puts no value on them if they stay at home.

Which, by the way, is a whole guilt trip paragraph in itself.

So, if they work, why should they not have the ambition to reach the top of the career ladder? 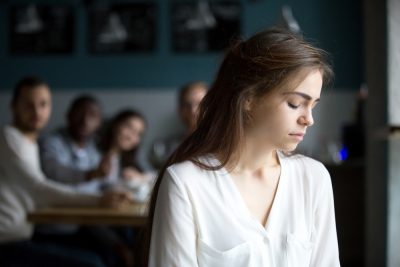 I recently read an article in Forbes about how female employees from male–dominated industries continue to work with both overt and subtle discrimination. This bias effectively sabotages the ambitions of high-achieving women, causing them to question whether their career goals are worth the effort.

There are plenty of ambitious and well-qualified women out there. However, if companies do not take the time to acknowledge discrimination, those women’s efforts to advance will be in vain, and they will lose their confidence and self-belief.

It’s not just individual managers who take a risk by flouting employment law.

Turning a blind eye to this sort of discrimination is to render the individual complicit. It also makes the company fall short of employment law. It falls on the employer if an employee is found to have committed harassment or discrimination, so it’s crucial for senior management to ensure that all reasonable steps are taken to prevent such a thing occurring in your workplace.

Wikipedia describes the glass ceiling as ‘an invisible barrier that keeps a given demographic from rising beyond a certain level in a hierarchy.’

It’s a barrier many women face in the workplace, and it not only stifles their motivation and career aspirations but has a broader negative impact: leaving talent on the table and not utilising skills inevitably results in the overall economy suffering.

Professor Marianne Bertrand, author of The Glass Ceiling, believes that technology could play a part in smashing the glass ceiling. “There is no doubt that many trends are moving in the ‘right direction’ for women. How the next wave of technological change in the workplace, such as artificial intelligence, will change the structure of work is anyone’s guess.”

If you are a female leader, it‘s likely that you are a great leader because, let’s face it, to get to where you are it’s likely the effort involved was incredible (see my earlier blog on women leaders and the gifts they bring).

Use this resilience to achieve your aspirations and climb that career ladder to the top!

Zestfor specialises in developing Training programmes and resources scientifically tailored for technical markets – including Pharmaceutical, IT, and Life Sciences.

Our blend of in-classroom, online, and virtual live-stream delivery methods will engage and assure even the most introverted team members from the first meeting – whether face-to-face or virtually. To have a brief chat, call us on 0845 548 0833. Alternatively, please email our team here.